Criminal defendants, at least in theory, are protected by a presumption of innocence. That is the underpinning of the comprehensive anti-rape report issued by the White House, as lawyer and writer Jill Filipovic reports in an article for news channel Al Jazeera America. The 34-page document presents solutions to rape and sexual assault concerns across the criminal justice system and even in college campuses, where sex crimes are rather prevalent. 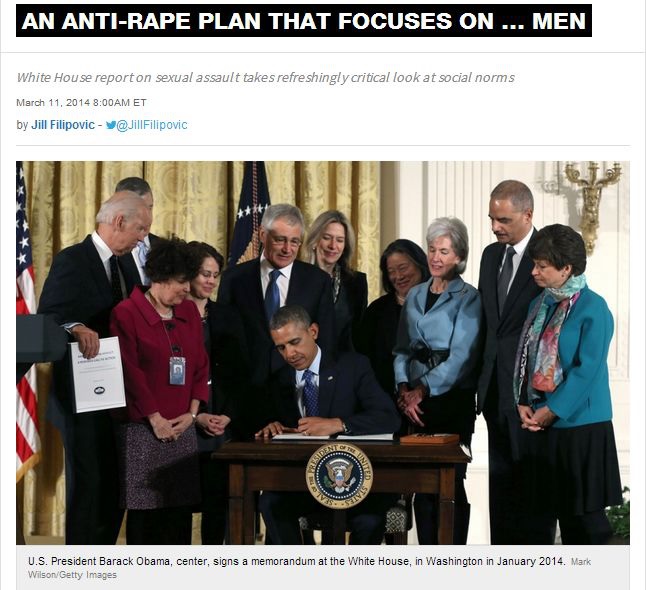 Interestingly, the report focuses on the fair treatment and interventions that favor the rights of men, even if the protection of women is still prioritized.

Statistics show that most alleged rape perpetrators are male, which places a heavier burden upon male defendants in terms of proving their innocence. Historically, heavier sentences are meted out to male offenders (e.g. a male teacher accused of sexual assault of a child) than their female counterparts. However, this does not have to be the case for defendants who have a competent Houston sex crimes attorney on their side.

By thoroughly analyzing the case and applying the principles of state laws on sexual assault, indecency with a child and other sex crimes, a criminal lawyer can determine the best way to handle such a case. The criminal defense attorney can argue that a defendant is not “guilty beyond reasonable doubt” or that the accusation stems from the complainant’s negative motives (e.g. revenge). Some factors can also mitigate the gravity of the offense, such as positive consent or provocation from the complainant and good character defenses for accused people with clean, commendable records. Alternatively, plea agreements may also be explored.

An experienced Houston sexual assault lawyer like  Attorney Jose Ceja of Scheiner Law Group, P.C. can use his background in sex crimes trials to get the best possible outcomes for clients. Even if evidence weighs heavily against the client, the best sex assault attorneys in Houston will present a considerable counterargument and seek to mitigate a defendant’s sentence, if it comes to that.