The Legal Complexity of the Torrington High School Rape Case

Two 18-year-old males were recently charged with second-degree sexual assault, risk of injury to a minor with sexual contact and risk of injury to a minor. In the state of Connecticut, it is against the law for a person 18 years of age or older to have sex with a minor. In this case, a minor is considered someone who is 16 years of age or under. Because the two defendants are legal adults, they are being charged with the above-mentioned adult crimes. 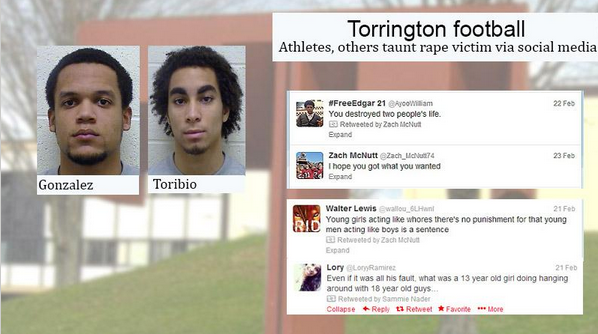 Engaging in sexual activity of any kind is considered an adult-only activity in the same category as owning a firearm, consuming alcohol and smoking. Because it is an adult activity, no one under the age of 18 has the capacity to consent to sexual activity.

Many people have raised concerns over the validity of this case. The young men under discussion were still in high school and dating 13-year-old girls. Some states have laws permitting adults to have sex with minors as long as the adult is within five years or less in age to the minor. The laws in states such as these are more aware of the line between predators and young people who are dating.

These two young men may not have been fully aware of the legal ramifications of their actions. They were still in high school at the time and may have seen nothing wrong with dating young ladies five years younger than they were.

This case brings to light a possible failure in responsibility on the part of parents and teachers. If these two young men were unaware of the legal implications of their actions and did not use force to make their behavior a violent crime, charging them with sexual assault and risk of injury to a minor is too harsh a penalty. Teenagers don’t always know the best course of action to take. Sometimes they make mistakes. It is up to the leaders in the lives of young people to point them in the right direction and to help them make wise choices.