Texas state law imposes steep penalties for convictions of sexual assault, classified as a second-degree felony (if not aggravated) at a minimum, and can be elevated to a first degree based on the number of aggravating circumstances. A second-degree felony carries a potential penalty of two to 20 years imprisonment, while a first-degree felony carries a potential sentence of five to 99 years, in many instances. For this reason, people charged with sex crimes should turn to a reliable Houston sex crimes attorney for help. Here are a few basic things about defending sex crimes that every lawyer should be able to explain to you: 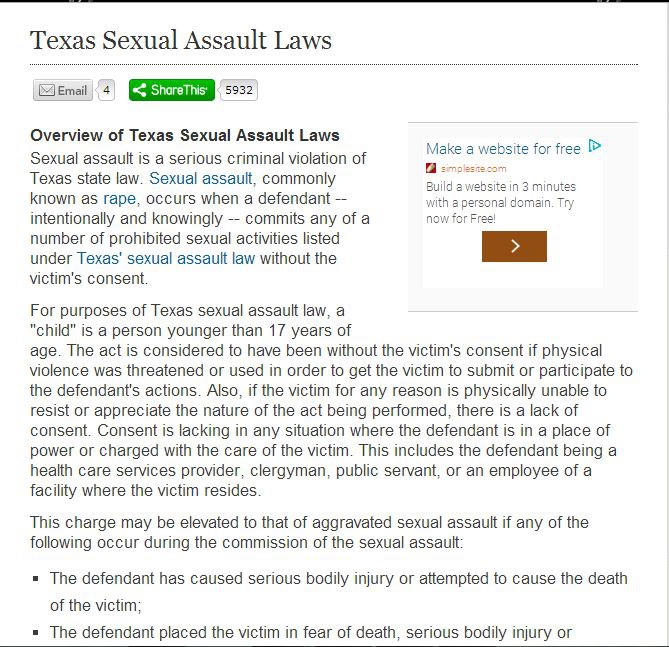 Under Texas law, consent is often an important issue when it comes to sexual assault charges. Intense court battles may be won or lost, depending on whether consent is proven. Generally, children under age of 17, or people under threat of physical violence, or those who have been under duress or intimidated, are deemed as cases where the subjects have not given consent to sexual relations.

In some cases, intoxication plays a role in whether consent was freely given. However, there’s no specific blood alcohol level or drug level that determines whether a person is able to consent to sex. For now, consent is often decided by juries on a case-by-case.

An article in Findlaw.com enumerates a few possible defenses that can help the defendant fight the charges laid out against him:

Any reputable Houston sexual assault lawyer should be able to help defendants find their way through a case that is sure to be headed for an uphill climb. Defendants should also familiarize themselves with federal and state laws regarding the sex crime of which they are accused so that they can understand the arguments and intelligently engage in the legal process.